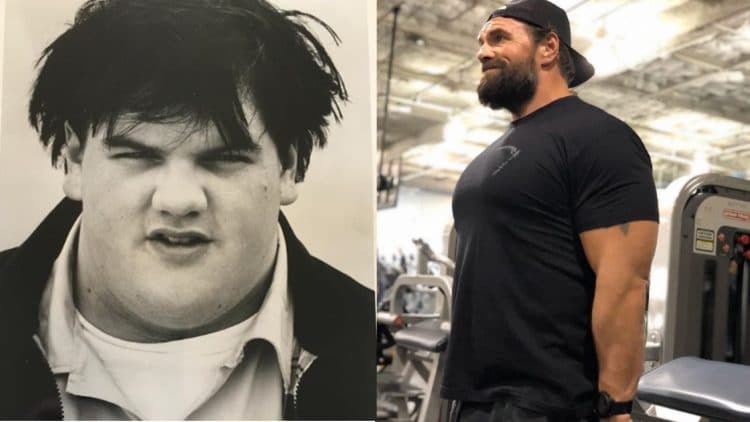 If you remember Louie Lastik from Remember the Titans, this might be a bit shocking.

American actor Ethan Suplee, best known for roles like Louie Lastik from Remember the Titans and Randy Hickey from My Name is Earl, is looking a little bit different these days. Suplee, who’s famous for portraying token fat characters on film and TV, has recently gone through an incredible fitness transformation and is now incredibly jacked. At one time, “fat guy from remember the titans” was Suplee’s associated search on Google. But as you can see from the posts he recently shared with fans on Instagram, that is no longer the case.

All we can say is, wow. Sticking to a new diet and workout routine takes an enormous amount of effort. It’s difficult for even an average-sized person to really commit to the gym, let alone someone who goes from being severely overweight to totally jacked like this. Check out this then and now side-by-side that was uploaded to Instagram courtesy of BroBible.

Ethan Suplee has clearly lost at least a hundred pounds, though it looks like he’s put some of that on as muscle rather than fat at this point.

Suplee has had many iconic roles in movies and TV, but he is perhaps best known for his role as the lovable Louie Lastik in Jerry Bruckheimer’s Remember the Titans, based on the life of football coach Herman Boone. Boone was a black football coach at a recently integrated high school in Virginia in the early 70s and the movie chronicles his struggles to bring a team together in such a racially polarizing environment. However, he was ultimately successful, and took the T.C. Williams High School football team all the way to the national championships the year he was hired.

However, you might also know Suplee from the beloved cult TV series My Name is Earl. Suplee had already lost a lot of weight by this time and was barely recognizable as his character from Remember the Titans (Remember the Titans was shot in 2000, while My Name is Earl ran from 2005 to 2009.) Suplee played Randy Hickey, Earl’s younger brother who is often described as the “town simpleton.” Randy was a major character in all four seasons of My Name is Earl, until the shows untimely cancellation before season five.

Suplee is an enormously talented actor, but fitness journeys are about health, not career. Anyone getting in the gym should be doing so out of their own motivation and desire to better themselves and it looks like Suplee is doing exactly that. Taking control of your body feels empowering for anyone and this is certainly an inspirational tale that should motivate anyone who’s struggling at the gym to put the work in to get results. It’s worth it for your health and emotional wellbeing to invest in your own life and take care yourself.